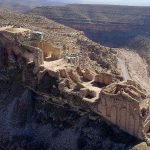 The World Heritage Committee, meeting in Manama since 24 June under the chair of Shaikha Hya Bint Rashed al-Khalifa of Bahrain, has inscribed several cultural sites on the World Heritage List. The inscription of sites will continue through 1 July.

Situated north-west of the town of Migori, in the Lake Victoria region, this dry-stone walled settlement was probably built in the 16th century CE. The Ohinga (i.e. settlement) seems to have served as a fort for communities and livestock, but also defined social entities and relationships linked to lineage. Thimlich Ohinga is the largest and best preserved of these traditional enclosures. It is an exceptional example of the tradition of massive dry-stone walled enclosures, typical of the first pastoral communities in the Lake Victoria Basin, which persisted until the mid-20th centuries.

In the eastern Arabian Peninsula, the Al-Ahsa Oasis is a serial property comprising gardens, canals, springs, wells, a drainage lake, as well as historical buildings, urban fabric and archaeological sites. They represent traces of continued human settlement in the Gulf region from the Neolithic to the present, as can be seen from remaining historic fortresses, mosques, wells, canals and other water management systems. With its 2.5 million date palms, it is the largest oasis in the world. Al-Ahsa is also a unique geo-cultural landscape and an exceptional example of human interaction with the environment.

Having become a global trading centre, the city of Mumbai implemented an ambitious urban planning project in the second half of the 19th century. It led to the construction of ensembles of public buildings bordering the Oval Maidan open space, first in the Victorian Neo-Gothic style and then, in the early 20th century, in the Art Deco idiom. The Victorian ensemble includes Indian elements suited to the climate, including balconies and verandas. The Art Deco edifices, with their cinemas and residential buildings, blend Indian design with Art Deco imagery, creating a unique style that has been described as Indo-Deco.

These two ensembles bear testimony to the phases of modernization that Mumbai has undergone in the course of the 19th and 20th centuries.

Eight archaeological sites situated in three geographical parts in the southeast of Fars Province: Firuzabad, Bishapur and Sarvestan. These fortified structures, palaces, and city plans date back to the earliest and latest times of the Sassanian Empire, which stretched across the region from 224 to 658 CE. Among these sites is the capital built by the founder of the dynasty, Ardashir Papakan, as well as a city and architectural structures of his successor, Shapur I. The archaeologic landscape reflects the optimized utilization of natural topography and bears witness to the influence of Achaemenid and Parthian cultural traditions and of Roman art which had a significant impact on the architecture and artistic styles of the Islamic era.

Located in the north-western part of Kyushu island, the 12 components of the site consist of ten villages, Hara Castle and a cathedral, built between the 16th and 19th centuries. Together they reflect the earliest activities of Christian missionaries and settlers in Japan – the phase of encounter, followed by times of prohibition and persecution of the Christian faith and the final phase of the revitalization of Christian communities after the lifting of prohibition in 1873. These sites bear unique testimony to a cultural tradition nurtured by hidden Christians in the Nagasaki region who secretly transmitted their faith during the period of prohibition from the 17th to the 19th century.

The Sansa are Buddhist mountain monasteries located throughout the southern provinces of the Korean Peninsula. The spatial arrangement of the seven temples that comprise the site, established from the 7th to 9th centuries, present common characteristics that are specific to Korea – the “madang” (open courtyard) flanked by four buildings (Buddha Hall, pavilion, lecture hall and dormitory). They contain a large number of individually remarkable structures, objects, documents and shrines. These mountain monasteries are sacred places, which have survived as living centres of faith and daily religious practice to the present. The 42nd session of the World Heritage Committee continues until 4 July.

0 0 0
Previous : Belize Barrier Reef Reserve removed from the UNESCO List of World Heritage in Danger
Next : Parsons builds another Footbridge in Panama with Bridges to Prosperity