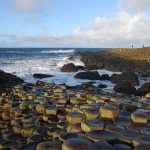 Belfast was once regarded by the outside world as a place of civil unrest and conflict. The troubles scarred the city and made it a no-go zone for many tourists. However in recent years the city has had a rebirth with 20 years of sustained peace allowing the city to blossom and celebrate its rich history.

Regardless of the reason as to why you’re visiting the capital of Northern Ireland, visitors can be sure of finding a slew of things to do, whether it’s enjoying the beautiful landscapes, or enjoying the warmness of the locals and the craic to be had in the local bars and restaurants. However, those visiting for the first time may need a helping hand when it comes to finding things to do in Belfast as a tourist.

Named the World’s Leading Tourist Attraction at the World Travel Awards in 2016, anyone who visits Belfast should stop off at Belfast Titanic. The city has become synonymous with the world’s most famous ship as it was here that the Titanic was built in the renowned Harland & Wolff shipyard.

The Belfast Titanic Centre tells the story of the historic ship which was launched in 1912 before hitting an iceberg and eventually sinking. The self-guided experience offers several galleries, special effects and full-scale construction allows visitors to step back in time and experience the lure of this historic passenger liner.

Not everyone is a fan of football, but those visiting Belfast will be amazed with what the National Football Museum. As well as giving an overview of the sport and an informed guide tour, visitors can enjoy the interactive elements of the museum and learn about the deep routed history that Northern Ireland has with the game. For example, did you know that the penalty kick was invented here in Northern Ireland?

Regardless of whether you’re a fan of football, history or both, then you will find something to enjoy at the National Football Museum.

The Giant’s Causeway is made up of 40,000 basalt columns, which are the result of a volcanic eruption. The site was declared a Heritage Site in 1986, as well as a national nature reserve in 1987.

Although the causeway is located in the north coast of Northern Ireland, there are several tour guides available from Belfast that can offer a day-trip to the Giant’s Causeway, which ensures you’re arrive and depart in comfort, as well as being given some in-depth information about the site.

Make sure you remember your camera to ensure that you’re able to capture some picture of one of the most unique locations, not just in Northern Ireland, but the world.

The murals situated around Belfast are a reminder of the troubles that incurred and represent the political and religious divide. Although the tour can incorporate some of the upset that was experienced at the time, the tour guides are only too happy to answer any questions, as they recognise how integral the murals are when discussing the history of Belfast.

As well as visiting the murals, visitors will also be introduced to a series of photographs that detail the neighbourhoods as well as historic events that took place.

A day out a prison may not seem like the perfect day out, but the Crumlin Road Gaol experience is something that has to be experienced during your visit to Belfast, especially if you’re looking for a break from the old routine.

The prison not only offers conventional tours, but also has a paranormal experience on offer. During the trip you will learn about the construction of the prison, it’s first prisoners as well as stories about the prison during World War II.

Since its establishment back in 1929, the Ulster Museum has been a must see for locals and tourists alike. Located beside the beautiful Botanic Gardens which is a tourist attraction in its own right and near the famous Queens University which is also worth checking out for its architecture alone. The museum itself hosts a variety of exhibits ranging throughout history with a focus on world as well as local history, there are even dinosaur fossils to check out.

In recent years Northern Ireland has become even more popular as the setting of the hugely successful Game Of Thrones series. This attracts fans from all over the world to come and see the famous settings in real life. When you visit Belfast you will be able to take a special Game Of Thrones Tour which will guide you the famous settings from the show including the Belfast studio where a lot of the internal scenes are shot and the stunning Dark Hedges near the north coast which has become one of the most famous locations in television. If you’re a fan of the show then this tour is simply a must-do on your list, it’s an unforgettable experience.

If you’re an art lover then you can’t visit Belfast without checking out The MAC gallery. This stunningly beautiful gallery is located in the centre of Belfast is absolutely free to visitors and is open 7 days a week so there’s no excuse to miss it. There are 6 stories to the building and three separate galleries featuring a range of local artists and international artists alike. Even if you are not an art connoisseur you will be sure to find something that stuns you in one of the 3 very different galleries and it might just spark a new interest in Irish or international art.

There is plenty to do and see in Belfast, even if you only step outside the door. However, delve a little deeper and there’s a whole world of things to do that range from everyday to the more unique.

Article by Neville Glass, owner of Irelandart.com an art gallery based in Belfast. He is proud of the cities rich heritage and modern culture which attracts tourists from all over the world.

0 0 0
Previous : 10 great reasons to visit the Wildlife and Safari Travel Show in Harrogate
Next : Kilimanjaro Summit Success in Aid of Maggie’s Cambridge