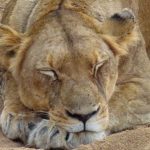 Looking for your dream safari? Acacia Africa have lined up a list of their top 7 Safari hotspots.

This summer, South Africa’s Eastern Cape will be a safari hotspot, with travellers expected to make the pilgrimage to Mandela’s home province to mark what would have been his 100th birthday.

It’s bragging rights assured, after landing a much-coveted spot on “Lonely Planet’s top 10 Best Countries To Visit In 2018”, there’s even more reason to visit South Africa, as the Otter Trail (the country’s oldest hiking trail) will also celebrate its 50th anniversary this year.

Acacia’s 19-day Kruger to Cape Town tour is part of their overland tour, which skirts the Eastern Cape with stops in the Mountain Zebra National Park, the Addo Elephant Park and Tsitsikamma – home to the Otter Trail. You can experience a taster of the country’s oldest hiking spot in a single afternoon or complete the entire route on a more serious five-day trek.

Ideal for Mandela fans, Cape Town is the jumping off point for Robben Island (where Mandela served 18 years of his 27-year sentence) and the perfect place to feel the Madiba buzz.

Transformational travel is expected to be one of the biggest trends of 2018, Lesotho and Eswatini (formerly Swaziland) excels in fusing together cultural heritage, the environment and local community tourism to create life-changing holidays.

Relatively undiscovered, both kingdoms are ideal for adventurers concerned about the effects of over-tourism. Lesotho recently secured a place on CNN’s list of places that deserve more travellers.

Slowly creeping up the popularity polls, Acacia Africa has seen a tenfold increase in bookings for its camping overland tours going via Eswatini and Lesotho in 2017, since launching their tours to these destinations mid-2016.

The Acacia 46-day Southern Africa Explorer overland itinerary includes a village visit to meet local shepherds near the Sani Pass (the gateway to Lesotho) and seasonal opportunities to participate in sheep shearing; an optional horse riding trek with the Basotho Herdsmen to the Botsoela Waterfall in Malealea (an impressive Instagram worthy site), mountain bike safaris in Eswatini’s Mlilwane Wildlife Sanctuary and an Umphakatsi Cultural Experience with a Swazi village chief near the royal enclosure. A great year to visit the Kingdom as King Mswati III celebrates his 50th birthday and the country marks its 50th year of independence.

This year, Mozambique’s Bazaruto National Park will be getting an eco-overhaul by the conservation NGO African Parks, of which Prince Harry is now officially the President. The NGO managing more than a dozen protected areas in eight other countries on the continent will be signing an agreement to take over the management of the park for 25 years. Their emphasis will be on creating a conservation-led economy where eco-initiatives benefit local communities.

Famed for world class beaches and a celebrated dive location as well, so you can flipper up responsibly on the 14-day Mozambique & Zimbabwe Explorer, with stops at Tofo, Vilanculos (gateway to the Bazaruto archipelago) and Xai-Xai.

Botswana was in the running to be the choice destination for this year’s royal honeymoon. Prince Harry and Megan Markle visited twice in the past year and the centre stone on Markle’s engagement ring was sourced directly from the Gem of Africa. The couple are both firm fans of Africa’s last wetland wilderness, and a honeymoon in the Okavango could see the delta’s popularity skyrocket.

The newly introduced nine-day Okavango Wilderness Trail takes a small group on safari, with two days in the delta with mokoro safaris by day and under the setting sun.

Game drives in the Khama Rhino Sanctuary and Chobe National Park also feature along with a visit to the Victoria Falls and a sunset cruise on the Zambezi River.

According to Acacia Africa, interest in gorilla viewing is at an all-time high. National Geographic’s three-part documentary “Secrets In The Mist,” which aired last December, was made honour of the 50th anniversary of Dian Fossey’s work, and this year marks the 30th anniversary of Gorilla’s In The Mist, the 1988 biopic starring Sigourney Weaver.

With permits in short supply, book early as places for this activity are limited for reasons of conservation, and even earlier if you’re considering travel to Uganda’s Bwindi Impenetrable National Park – permits for Uganda currently half the price of those in neighbouring Rwanda.

The world still follows the former president on his travels and with the Obama’s rumoured to be heading to Nairobi, interest in Africa’s Wildlife Capital could well surge. Sources say the former president might be planning a Summer trip, his proposed itinerary including a visit to the African Heritage House, the Pan-African art museum home to American designer and architect, Alan Donovan. Once described as “the most photographed house in Africa,” Donovan’s residence is only a 20-minute drive from the centre of Nairobi. A smart and sustainable move, Kenya recently brought in the world’s toughest ban on plastic bags so add some canvas carriers to your backpack.

Even before the recent political transformations, Zimbabwe was attracting a growing number of travellers, but in the post-Mugabe era, its popularity is soaring to new heights.

Offering spectacular safaris, the country’s Hwange National Park is home to an estimated 50,000 elephants, many of which are in breeding herds as large as 300. Add in 100 different kinds of mammals (including the endangered wild dog) and around 500 bird species, plus little competition for vantage points, and it’s a no-brainer for anyone with an African safari on their bucket list.

The new nine day Kruger and Victoria Falls small group tours include a three-night stay at the falls, a rhino walking safari and game drive in Matobo National Park. The itinerary also includes stops in South Africa, with safaris in Kruger National Park and the Polokwane Game Reserve.