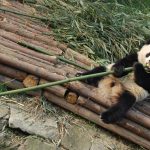 10 days of Pandas, Culture, Cuisine and the Magnificent Yangtze

10 days of Pandas, Culture, Cuisine and the Magnificent Yangtze

Panda China Tour, based in Chengdu, Sichuan, specialises in tailor–made tours of China. Their philosophy of Positive Impact and Responsible Travel is a first class example of minimising tourist impact on the local environment and the local people, with your money going into the local economy so your visit plays an active role in the areas development.

Priding itself on the experience of its small team who have “been there, done that” and love the chance to take their customers to out of the way places that you would never find on your own and the most memorable part of their tours is the food, offering you “the very local yummy all the trip!” The majority of the meals are also included in the package prices. The Sichuan area is famed for its spicy, hot, fresh and fragrant cuisine, one of the Four Great Traditions of Chinese cuisine, which is described as “one dish, one shape, hundreds of dishes, hundreds of tastes.”

The Sichuan Panda Tour and Yangtze Cruise is Panda China Tour’s leading package, taking you from Chengdu and the Giant Panda Breeding Centre to river trips down the mighty Yangtze River, cultural tours and ending up in the largest city in the world – Shanghai.

Day one starts in Chengdu, the capital of Sichuan where you will be “meeted and greeted” at the airport and delivered to your hotel.

Day two starts with a visit to the Giant Panda Breeding Centre to see Pandas up close and personal. Experience these beautiful creatures first hand. The Chengdu Panda Centre was founded in 1987 and started with six giant pandas that they rescued in the wild. Since then they have had over 150 panda births, and the captive panda population has grown to over 80. There are less than 2,000 pandas left in the wild and their breeding program plays a major role in conserving the Giant Panda. With their world–class research facility and conservation education centre, the Panda Centre is an international educational tourism destination you cannot miss.

The day continues with a visit to the 6th Century Wu Hou Temple. This was built to commemorate Zhuge Liang Zhuge Liang also called Kongming, the chancellor of the state of Shu Han during the Three Kingdoms period. He is recognised as being the greatest military strategist of his era, on a par with the famous Sun Tzu. Zhuge Liang is customarily depicted wearing a robe and holding a hand fan made of crane feathers and had a reputation as an accomplished intellectual and inventor who often lived in seclusion which earned him the nickname Wolong – Sleeping Dragon.

The day ends with a trip down Jinli Folk Street, once the commercial heart of the Old Kingdom. This ancient street has been restored to traditional Sichuan style where you can sample the local arts and craft, traditional Chinese goods, foods and delicacies.

Day three takes a spiritual turn with a drive to Mount E’mei, regarded as one of the most famous mountains for Buddhism in China with its many temples and beautiful scenery. The tour includes a visit to the 16th century Baoguo Monastery. One of the eight main temples at Mount Emei, the monastery is considered as the first temple and was built in the Wanli Period during the Ming Dynasty. Originally called Huizong Hall, it brought together Confucianism, Sakyamuni and Taoism. It was moved to Mt. Emei in the Qing Dynasty and later rebuilt and renamed Baoguo Temple, which translates as “Render service to repay our country”.

Later a bus takes you to Ledong Ping for hike famous for viewing birds and monkeys and followed by a cable car ride takes you up to the Golden Summit to see the huge Ten Face Golden Buddha. Weather permitting the sunset is a must–see.

After spending the night at the Golden Summit, return to Chengdu via the cable car down the mountain and hike back to Ledong Ping and the tour bus. On the drive back, there is a visit to Huanglongxi. This is an ancient Town with 2,100 years of history which has been maintained in the Qing Dynasty with a traditional road pattern that is laid out in the style of a dragon.

Day five, a 2 hour ride on one of China’s impressive bullet trains to Chongqing to see the world’s largest hydroelectric dam. This starts with a visit to the Three Gorges Museum with exhibits on the history of the Yangtze and the Dam. The museum explores China’s history and the war years as well as hosting temporary exhibitions.

Day six is a visit to the eerie Ghost City of Fengdu, where according to Chinese mythology “the devil lives.” Once a complex of shrines, temples and monasteries devoted to the afterlife its main feature now is deserted streets and empty shops. You then board the river boat and in the evening attended the Captain’s welcome party.

Day seven and your river boat cruises you down the mighty Yangtze river, the longest river in Asia and third longest in the world, where you can take in the dramatic views. In the afternoon you board a smaller boat to go down the Shennong Stream, a tributary of the Yangtze with crystal clear, fast–flowing water that runs through the deep gorges.

Day eight takes you to the Three Gorges Dam, the biggest water project ever undertaken. You will be taken to the top of the dam to marvel in the magnificent views and awe at the scale of the dam.
Later in the day you will board a flight to Shanghai and in the evening take another cruise along the riverfront Bund to admire the nights illuminations on both sides of the harbour.

Day nine in Shanghai starts with a visit to the Shanghai Museum whose exhibits include paintings, bronzes, sculptures, ceramics, furniture, seals, coins and other artworks.

After a walk along the paths and pavilions of Yu Garden in Shanghai’s Old City, discover an eye opening glimpse of Shanghai recent growth. You are then able to shop and explore before your final evening in China.

Day ten you are taken to the airport to catch your plane home after a fantastic visit to China and all it has to offer.

0 0 0
Previous : The Galapagos Islands – The Eighth Wonder of the World
Next : Sani Pass – The ultimate 4×4 off-road driving adventure